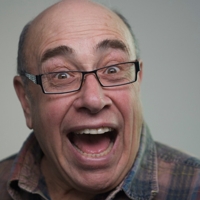 For over 4 decades, John Stocker has been a recognized force in the acting industry. He began his career as an on-camera performer, working with the likes of John Candy, Dan Aykroyd, Rick Moranis, Gilda Radner, William Shatner and Mark Wahlberg, before settling solely, but comfortably into the off-camera world, where he has voiced many thousands of commercials and hundreds of animated characters. A lot of you will recognize some of his classic roles – ‘Beastly’ in Care Bears, ‘Longarm’ in COPS, ‘Toad’ in Super Mario Brothers, ‘Newton Gimmick’ in Teddy Ruxpin, ‘Creed’ in X-Men, ‘Basil’ in Babar, ‘Bugsy’ in Dog City, ‘Ultron’ in The Avengers and both ‘Naga’ and ‘King Zenoheld’ in Bakugan. Still busy today, John is the voice of ‘Mr. Owl’ in Franklin, ‘Mission Control’ in Rob the Robot , ‘Mayor Swift’ in Sidekick and ‘Einstein’ in Peg + Cat. Over the years, John diversified his career to include voice casting, voice coaching, (both commercial & animation), demo production, and the discipline that keeps him busiest, voice directing. He’s been at the helm for many dozens of productions, including Totally Spies, Caillou, Fugget About It, Redakai, Mike the Knight, (the original) Beyblade, Medabots, Ella the Elephant and of course, the one that started his voice directing career, the one and only ‘Sailor Moon’. If you’d like more information, please visit John’s website (johnstocker.ca), or look him up on I.M.D.B.

Greg Wicker (or “Greggo” as he’s fondly known) has been producing and hosting game shows at anime conventions since 1999, when he premiered Anime Match Game at Project A-Kon in Dallas. Since then, Greggo has done anime-themed versions of several classic game shows, created a few games of his own, and even had an original project that very nearly turned into an actual television show on Anime Network. These days Greggo is concentrating on perfecting his craft and making game shows available for conventions everywhere, bringing his rapier wit and friendly personality with him wherever he goes. You can see some of Greggo’s past game show efforts on his YouTube page at http://www.youtube.com/gregdasgo or visit his website at http://www.facebook.com/greggosgameshows.

D.C. Douglas will forever be known as either the sinister voice of Albert Wesker (“Resident Evil”), screaming “Chriiiisssss” as he melts in a lava lake, or as the soulful voice of Legion in the “Mass Effect” series, pulling on the heartstrings of fans around the world. These roles are a far cry from his other roles, such as the persnickety alien Zepht in “Star Trek: Enterprise” or the logical autobot Chase on Discovery Family’s “Transformers: Rescue Bots.” And we can’t forget him as Bud in “Sharknado 2.” In addition to his extensive character voice over work (see below for highlights) you’ve heard him on over 300 radio & TV commercials. You may also have seen him on “NCIS,” “2 Broke Girls,” “Workaholics,” “Charmed,” Criminal Minds,” “Castle,” “Star Trek: Enterprise” and many more TV shows. D.C. has been in many indie films you’ve never heard of, but Albert Wesker fans should check out “Apocalypse Kiss” if they want to see him with blonde hair and a tan. 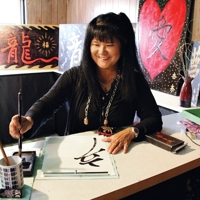 
Artist Anna Ito's home country of Japan is an island country surrounded by the ocean. Her childhood dream was to fly across the ocean and see the world, which she realized. During her travels she saw various kinds of culture and art and met many people who had different common sense, religion, language, accent, and skin color. This experience broadened her outlook remarkably. She discovered that accepting differences without discrimination opens the door to the world; a peaceful world. She teaches students not only Japanese culture / brush calligraphy / language but also a global view of open-mindedness and courage to learn new things without being afraid of making mistakes. Her company, TokyoQT International, is on 10 acre land near beautiful Mississippi River in Clinton Iowa, and it includes an Art & Culture Center and a golf driving range. Visitors can find useful and enjoyable lessons, super cool Japanese art, Lolita Princess style kawaii statement jewelry, and brave Samurai Ninja style Stainless Steel chain necklace.